Bovine mastitis is a condition typified by the persistent and inflammatory reaction of the udder tissue due to either physical trauma or infections caused by microorganisms. It is a potentially fatal mammary gland infection, that is most common in dairy cattle worldwide. It is a disease that is known to cause the greatest loss to the dairy industry.

There is a large cohort of microorganism species that are known to cause mastitis. These range from virus, mycoplasma, fungus and bacteria.

Physical injury to the mammary region, poor hygiene and/or trauma, also cause this condition.

The clear sign of mastitis is inflammation of the udder that turns into a red and hard mass. The swollen mammary gland is hot and the mere touching causes pain and discomfort to the animal. Animals do not allow touching of the udder even kicking to prevent milking. If milked the milk is usually tainted with blood clots, foul smelling brown discharge and milk clots.

The milk yield totally stops or is severely restricted. Body temperature of the animal increases. Other symptoms are lack of appetite, hindrance in mobility due to swollen udder and pain. The dairy animal develops sunken eyes, suffers from digestive disorders and diarrhoea.

Infected cattle are severely dehydrated and suffer from weight loss. In cases of severe infection there is formation of pus in the infected udder. Mastitis can degenerate to Toxaemia or Bacteraemia and even cause death as a result of acute infection.

Mastitis can be detected at an early stage (sub clinical) before the symptoms appear, through California Mastitis Test (CMT). It is a quick test that can be performed on small milk samples. Early detection helps in preventing the progress of the disease into clinical stages and causing heavy losses to dairy farmers.

It is better to prevent mastitis before it becomes a problem. The below measures can go a long way in prevention:

·      Provide clean, dry and adequate bedding for cows to lie

·      Cows should be clean while entering the milking area

·      Teats should be completely dry and clean before milking

·      Use germicidal teat dips after milking

·      Feed the cows after milking so that they don’t lie down immediately. This prevents the entry of microorganisms into teat canals that are still open from milking.

First aid once mastitis has been detected involves applying ice cubes on the udder surface. The infected milk from infested teat should be drained out thrice a day and safely disposed. A composition of 5% phenol can be included to the infected milk to ensure hygienic disposal.

While milking the herd, strict attention must be paid to first milking healthy, non-infected cows and subsequently those infected.

The infected and non-responsive quarter should be dried up, permanently. Calves should be prevented from suckling on the infected teat. A certified veterinary doctor must be consulted, and a course of antibiotic treatment must commence immediately.

For more measures for treating mastitis, refer the article on “Dry Cow Therapy” below.

What is dry cow therapy? 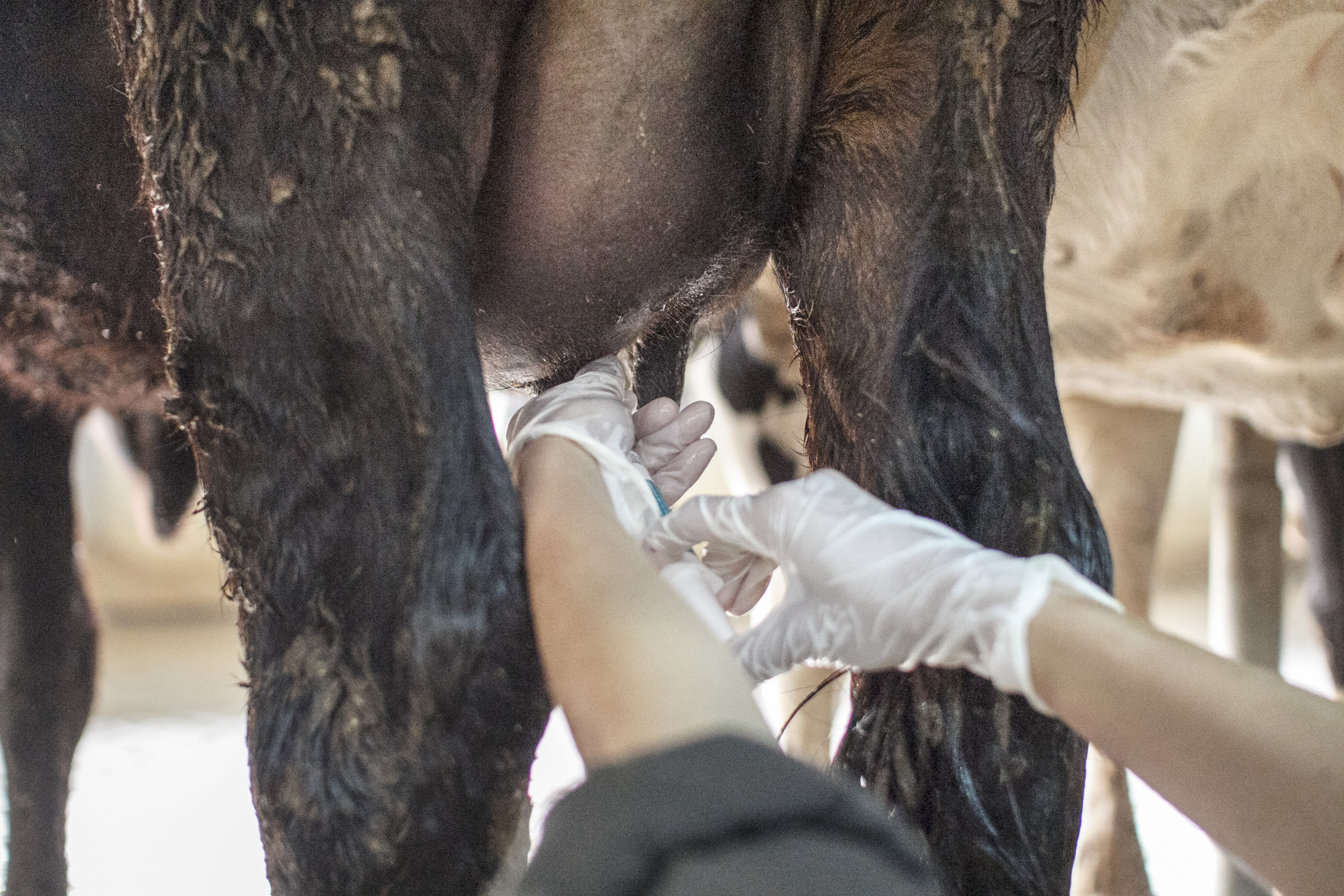